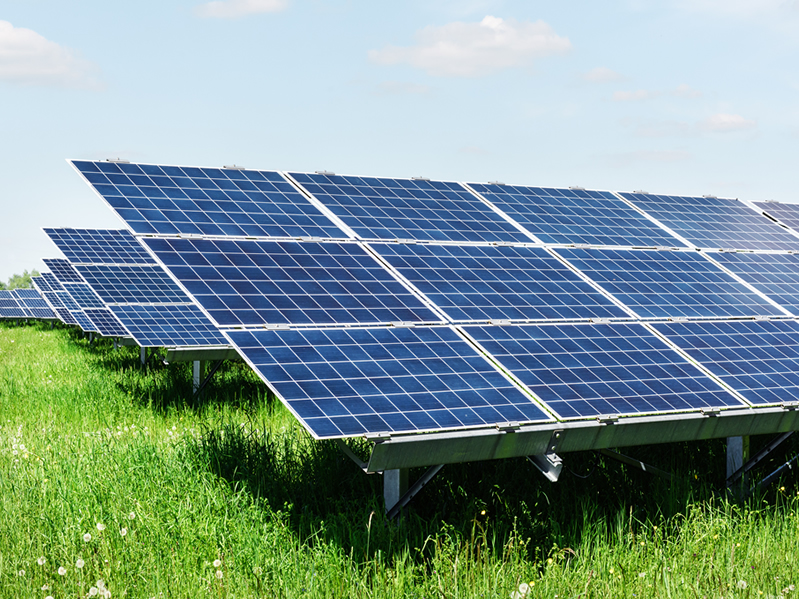 Until recent years, plants were the only things with the ability to take sunlight and transform and convert it into a source of energy. While plants have used the process of photosynthesis to convert solar energy into nutrient to feed themselves for millions of years, thanks to many technological advancements, we now have three main techniques we use to produce energy for everyday use through sunlight – Solar Photovoltaics (PV), Solar Heating Systems, and Concentrating Solar Power.

Solar Photovoltaics (PV) are also known as the common Solar Panel. The general process for solar panels is that they convert the sunlight that touches them right into electricity, but they can still produce power without direct sunlight. One hour of sunlight equals one years’ worth of energy for the entire planet so there’s no need to worry about a cloudy day. People use solar PV’s on different levels depending on needs, whether it be on their regular single-family residences or large utility-owned set ups. Due to the growing popularity of solar panels, installation and maintenance costs have dropped considerably, making them more affordable for the average person. The number of installations of solar panels in the United States is more than 23 times higher now than it was 8 years ago, with California being the biggest advocate of Solar Energy in the U.S. The U.S Federal Government issues tax incentives for installing solar panels in your home as well as some state governments, so in turn the savings end up paying for the panels and their installation.

Solar Heating Systems are different from Solar PV’s in that they do not directly convert solar energy into electricity. These heating systems use the direct sunlight to raise building temperatures for the process of water heating. When the water runs past the solar energy collector that’s been heated up by the direct sunlight, it becomes heated and then is sent back for use by the occupants. This is a popular process due to the fact that water heating accounts for 14% of energy used in the average residential home and once switching you see an immediate decrease in the energy bills.

Concentrating Solar Power technology requires the use of reflectors to focus the rays of sunlight onto small, highly efficient solar collectors. These solar collectors in turn heat up a fluid synthetic oil, or molten salt, or water, and the steam that’s generated is used to drive an electric generator. A Concentrating Solar Power plant’s smallest option generates an average of 1,000 times the power of a common residential rooftop solar panel system, therefore this technology is meant more for industrial applications rather than homes. This technology operates on a huge scale, occupying more space that wouldn’t be able to fit on the average home’s rooftop.

Solar powered technologies continue to develop and evolve over time, making it simpler and cheaper for the average person to convert and switch their energy sources at home. Although these are the most popular solar energy technologies, they each follow the same basic concept – converting sunlight into other forms of clean, cheaper & safer energy. Contact Revo Home Solutions for more information on making the change to Solar Powered Energy in your home or business.